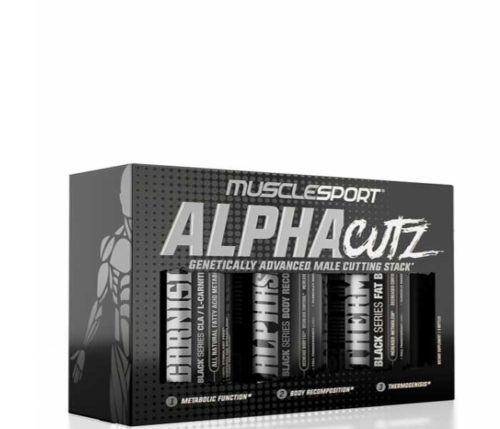 The CarniSlim formula may seem simple on the surface, but it contains three powerful fat burning compounds…. L-Carnitine, Conjugated Linoleic Acid (CLA), and Green Tea Extract. L-Carnitine is an amino acid that is derived from lysine and methionine and is essential for transporting long-chain fatty acids from the cytosol into the mitochondria for subsequent fat breakdown and energy production. In theory, when fat, instead of glucose, is used for energy production subsequent improvements in body composition will occur over time. Verified time and time again by rigorous scientific research, the second ingredient in CarniSlim, CLA, activates mechanisms preliminary to thermogenesis and fat oxidation, while simultaneously showing the capacity to aid muscle development. In fact, one study discovered 12 weeks of CLA supplementation was able to reduce body weight and fat mass compared to placebo. Finally, green tea extract was added to CarniSlim’s formula. Green tea extract contains high amounts of catechins, including EGCG which helps with the metabolism of fat at rest and during exercise performance. A review of several studies looking at green tea consumption over a period of 12 weeks’ minimum noted, on average, 1.31kg weight loss. Because CarniSlim is 99% stimulant free, it can be stacked with the other two products in the Alpha Cutz stack.

The Thermal Black formula contains three three different complexes that provide a multi-faceted approach to weight and fat loss. The Thermal NRG complex contains ingredient proven to induce thermogenesis. These compounds, such as Isopropylnoynephrine and cayenne, amplify body heat production and thereby increase energy expenditure and promote fat/weight loss. The Xanthine NRG complex includes ingredients that act as mild stimulants to increase energy and burn fat. For example, the caffeine found in this complex can not only increase energy, focus, and muscular power, but it also exhibits a thermogenic effect at rest and may enhance the use of fats for fuel during exercise. Appetite suppression is also critical when trying to shed extra pounds. The Appetite Suppression complex in Thermal Black contains compound like alpha lipoic acid and zingerone that help keep insulin levels lower and crush hunger pangs. To top off this complex raspberry ketones were added which increase lipolysis by making the cells more sensitive to the effects of the fat-burning hormone norepinephrine. From the above information, it is easy to see why Thermal Black is included in the Alpha Cutz stack.

AlphaSRM’s synergistic combination of natural testosterone enhancing agents, proven fat loss ingredients, and aromatase inhibitors work together to promote an anabolic environment, kick your metabolism into overdrive, and help keep estrogen and cortisol levels in check. The Myocyte Proliferation Matrix contains Nitrosigine and Laxosterone. Nitrogisine is a precursor to nitric oxide and expands blood vessels to optimize blood flow. This delivers more oxygen and nutrients to working muscles to keep them contracting longer. Laxosterone supports increased protein synthesis and nitrogen retention while promoting other anabolic effects such as increased strength, muscle endurance, muscle recovery, and lean muscle mass. Additionally, Laxogenin aids in controlling the stress hormone cortisol, which when out of balance, can increase fat and muscle wasting.

The Free Testosterone Boosting Matrix, as the name implies, contains compounds proven to increase testosterone levels in the body. As one of the most anabolic hormones in the body, testosterone aids in muscular size, strength, power, and is a potent fat loss agent. LongJax extract, one of the ingredients found in this matrix, significantly raises both total and free testosterone levels while simultaneously lowering cortisol. In fact, Talbott et al. (2013) found supplementation of LongJax to stressed adults for four weeks was associated with an improved stress hormone ratio (cortisol reduced by 16% and testosterone increased by 37%) alongside improvements in subjective ratings of stress.

Like the first two products in the Alpha Cutz stack, AlphaSRM contains a Thermogenic Matrix that consists of different but equally effective fat burning ingredients. For example, the CapsiAtra found in this matrix can increase resting energy expenditure (REE) – allowing the body to burn off more calories than normal and stimulate thermogenesis – allowing the body to burn calories off stored fats. It also enhances glycogen sparing, promoting an increase in energy production through the burning off of fat stored within the body instead of carbohydrates.

The last matrix found in AlphaSRM contains ingredients (Brassalopsis Glomerulata and Acacetin) known to inhibit aromatase enzymes. Aromatase is the enzyme responsible for catalyzing the biosynthesis of estrogens (estrone and estradiol) from androgens (androstenedione and testosterone). Simply put inhibition of the aromatase enzyme helps reduce the amount of testosterone that gets converted to estrogen.

There have been fat burners, and there have been muscle builders; but very rarely will you see them combined into the same product, be legal and effective! AlphaSRM takes the muscle building and fat loss game to a new level.

– Contains three of MuscleSport’s Black Series most potent fat burning and body sculpting products*
– CarniSlim, Thermal Black, & AlphaSRM
– Works in synergy to incinerate fat, build muscle, and bring you one step closer to your body composition goals*
– Save 30% compared to buying each supplement individually
– See ingredient profile below for an in-depth look at each product in the AlphaCutz stack

There are no reviews yet.

Be the first to review “AlphaCutz™ Shredding Stack” Cancel reply